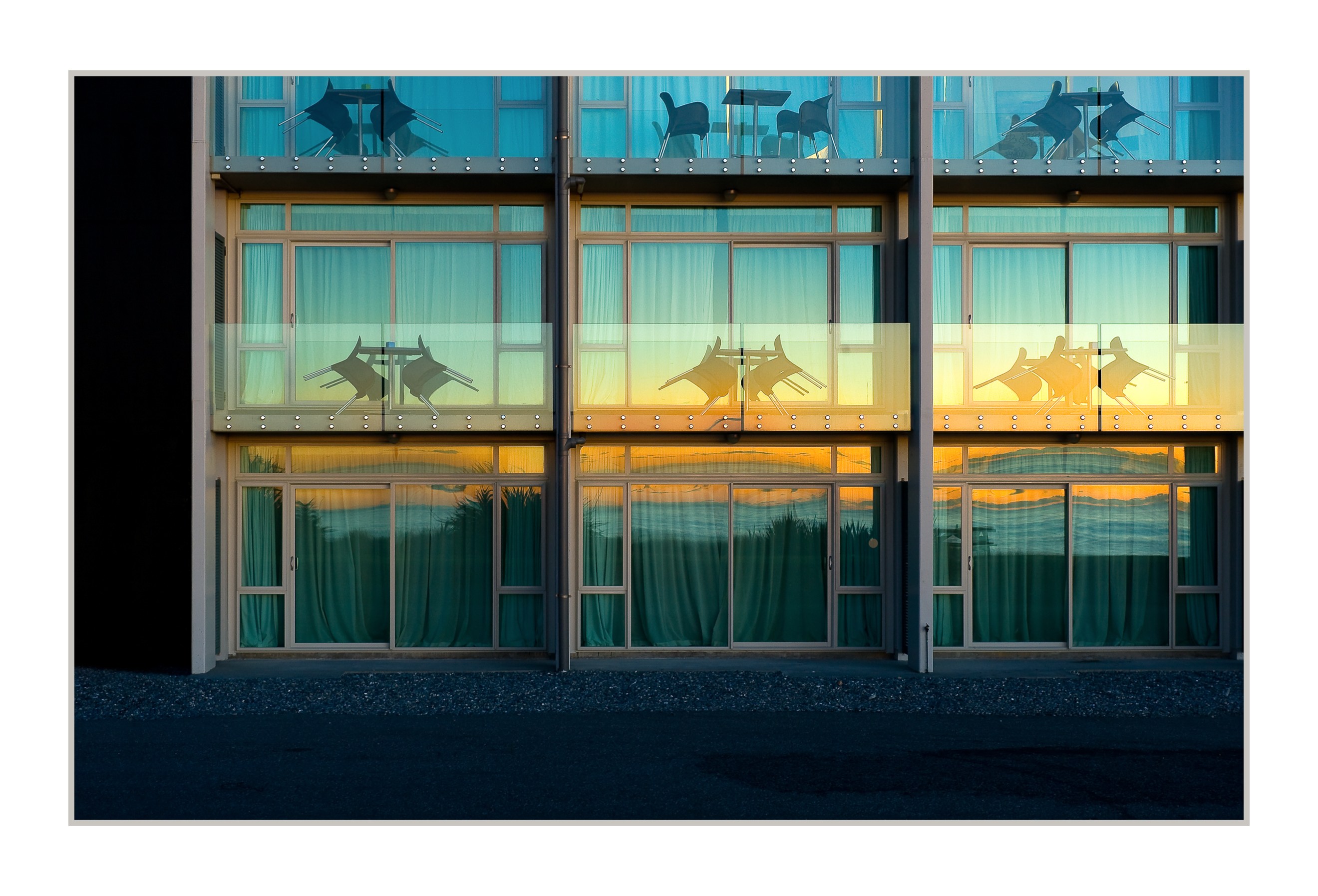 Some things just appear before our eyes.
Sometimes we don’t realize what we’re seeing, we just know there is something that urges us to make the picture. It is only later when we revisit, what we’ve created, that we see what we have been noticing, but were blind to at the time.
This is one from the “traces” series. it has won an award in the 2010 New Zealand NZIPP
competition. I am not sure if the judges saw what I saw, but then I also didn’t really see it, when I pressed the shutter.
If it was just a sunset, or just the hotel facade or just the rough textures of the gravel and the asphalt, I probably would have made it just as well.
but all those together now lead me on, when I look at it now.

I am drawn to what happened behind those curtains on the second floor, as this room seems to be the only one with life in it.
Notice, that this is the only one, where somebody actually has used the balcony ?
And there it is.

The 4th layer, the one behind the frame. Maybe that was, what drew me in. What my soul was reacting to.

Years later I stayed in that same hotel on New Zealand’s beautiful west coast.
Sadly, I couldn’t get into this very room.
If time is really not a fact, but a concept,
in a way it feels like I would have been in my own picture…